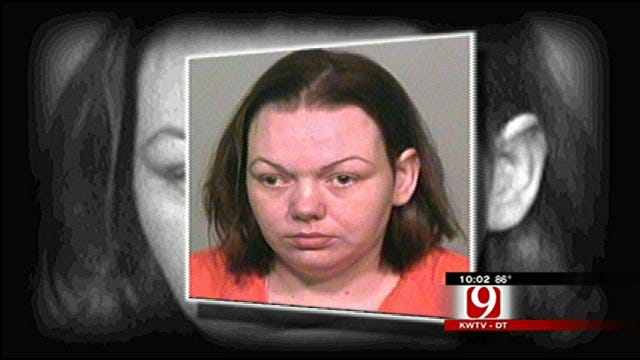 OKLAHOMA CITY, Oklahoma -- More victims are coming forward in that adoption scam that News 9 first told you about last week.

Parents from as far away as Pennsylvania say they were promised a baby, paid thousands of dollars, only to find out they were the victims of the cruel scam.

Police have arrested Serena Mathews, Scott Smith and Angela Wilkerson in the scheme.

Wilkerson is now charged with trafficking children after prosecutors say she promised her newborn baby to three different families during December and January.

"She said we were the right couple for her, to hire a lawyer, get a room ready," said one of the victims, who asked we not use her name.

The woman and her husband were looking to adopt after she survived breast cancer but was unable to have more children. She met Angela online and ended up spending $12,000 trying to adopt her baby.

"We sent money for food, rent, phone and then later it was stuff for the baby."

She says Angela let her spend time with the baby and continued to promise her the newborn even after charges were filed in April.

"She really played the part that she really wanted us to have this baby," said another woman who also asked us not to use her name.

The women say Angela had as many as 20 different aliases and even changed her look and social security number to keep up the scam.

"You want something so bad and you've spent so much money that you feel you feel really shouldn't have been spent but in the end it will be worth it all and then you don't get a baby and you're like what just happened."

The women are sharing their story hoping more women who were victims of this scam will come forward.

Wilkerson is scheduled in court again on July 8th.