Cause Of Death Ruled In 5-Year-Old OKC Murder Victim Cause Of Death Ruled In 5-Year-Old Homicide Victim 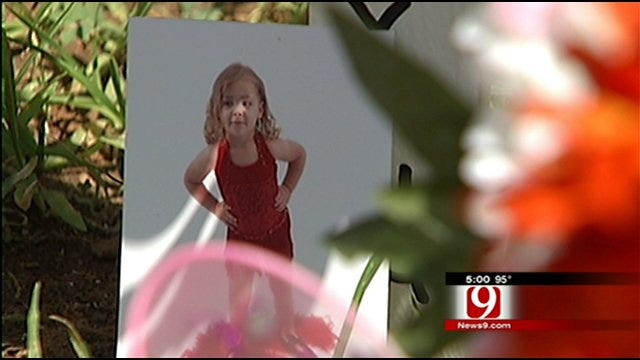 OKLAHOMA CITY -- The Medical Examiner's office has determined a cause of death and ruled 5-year-old Serenity Deal's death a homicide.

Cherokee Ballard with the Medical Examiner's Office says the cause of death was acute closed head injury.

The autopsy report also lists multiple blunt force injuries as other significant medical condition leading to the cause of death.

Search warrants reveal the primary crime scene was located at the Comfort Inn at 7601 C.A. Henderson Blvd in Oklahoma City. Serenity's biological father, Sean Brooks, worked as the night manager at the hotel and has been charged with beating and killing her.

Detectives also found blood on the door handle of the first floor. It was also determined bed sheets from the hotel room had been removed from the room and have not been recovered. It is believed these sheets were used to conceal and transport the body of the little girl from the hotel to the suspects car and back to his apartment.

Cause Of Death Ruled In 5-Year-Old OKC Murder Victim