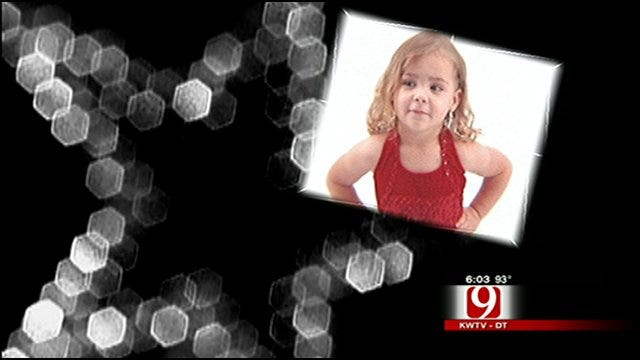 By law, the commission has to publically disclose this information after a child has died and when someone has been charged in that child's death.

Serenity Deal was found dead in her father's apartment in Northwest Oklahoma City 11 days ago.

Sean Brooks, Serenity's biological father is in jail accused of beating and killing her.

The report states Serenity and her sibling were removed from their mother's custody due to allegations that their mother, Samantha Deal, had molested a ten-year-old relative and was awaiting criminal sentencing.  The report also said Samantha exposed the children to a convicted sex offender with whom she was living.

Serenity had been living with her maternal grandparents, but the report alleges they allowed Serenity to stay all night unsupervised with their mother even though she was supposed to only have supervised visits.

The report goes on to say that in January, while Serenity was with Sean Brooks, there were several reports of Serenity being injured in his care including two black eyes, bruises to her face and on her ribcage.

Her father claimed she had run into a door and that he dropped her on her head trying to get her out of the car before she got sick all over his vehicle.

The DHS initially documented the injuries as accidental.