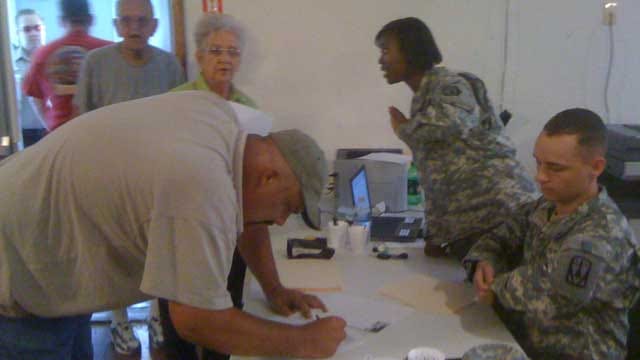 MEDICINE PARK, Oklahoma -- A week after a fire destroyed several homes and threatened others in Medicine Park, U.S. Army representatives from Fort Sill are processing claims from residents.

Since the fire that burned over 5,000 acres started at the Fort, the Army has agreed to make restitution to people whose property was damaged-- or people who had to flee the flames.

Army Lieutenant Tarik Downie had been impressed by the attitude of the people that have come through.

"We anticipated that there might be some people who were angry or disgruntled," Downie said. "But everyone has been very friendly, very understanding."

By noon Friday over 140 claims had been settled and the claimants paid in cash.

Natalie Bailey said she lost a classic 1948 Willys jeep in the fire. The Army was still assessing the refund amount she was owed.

The Army claim center opened Wednesday at the Medicine Park Community Center and will be open through Saturday.