Your 2 Cents: Did Casey Anthony Jurors Check Common Sense At The Door? 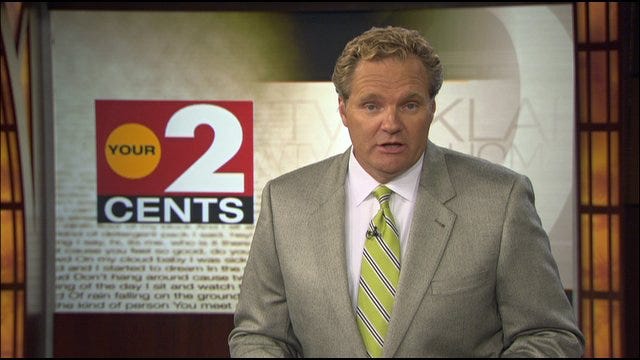 I think the Casey Anthony jurors checked their common sense at the door, and wanted to be convinced beyond reasonable doubt, to no doubt.

Here's what you had to say starting with Rodney in Del City: "Common sense tells me murder was the reason the body was hid in the swamp.."

Larry in Bethany disagreed with me: "Thank God we are judged by 12 of our peers and not by the media."

And Bill in Enid writes: "..they knew it would be unpopular and I applaud them for their time and service!"

Amy in Edmond asks: "How could anyone be on the mother's side? Everything points to her!"

But Lori says: "When sitting on a jury you can't just 'think' someone is guilty."

Pat in Bethany compared it to the pharmacy shooting: "Kill a criminal in Oklahoma while defending your store, go to jail… Kill a daughter in Florida and lie about it... get a slap on the hand.."

Shari says: "I want to know, how a woman who doesn't report her little girl missing for 31 days doesn't get convicted of even child neglect?"

Paula in Oklahoma City: "There needs to be some common sense in this very important 'duty' to the victims."

Finally Debbie in Sulphur: "She will probably be wishing she was in the protective custody of prison when she faces the wrath of the public!!"