Keep OKC Students Safe From Heat When Going Back To School 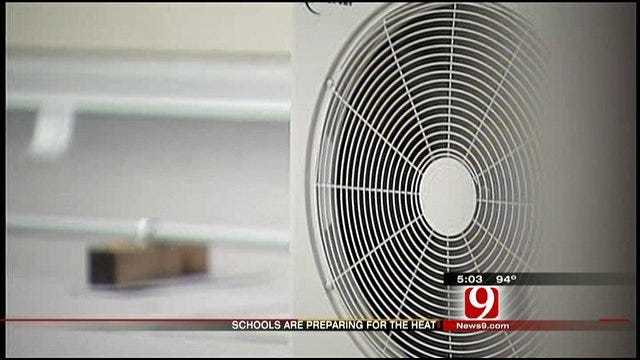 Students will go back on August 1. The big concern is keeping them safe from the heat, not only on the buses but in the schools.

"We have 2501 classrooms in the school district, " says Jim Burkey, Oklahoma City Public School's Chief Operation Officer. "So it's quite a task, but we have been working at it."

Burkey says crews are working overtime. The district has also brought in contract help just to make sure the AC units are working at all times. But some classrooms won't be ready.

"We've got 144 classrooms that have got some air conditioning problems," Burkey says.

In these cases, students will move to another part of the school that is air-conditioned, Burkey says in the past, the AC went off at the end of the day. But that won't happen this year.

Bus drivers are stocking buses with heat illness emergency kits, which include an ice chest, water bottles and wet towels to deal with emergent situations in the heat.