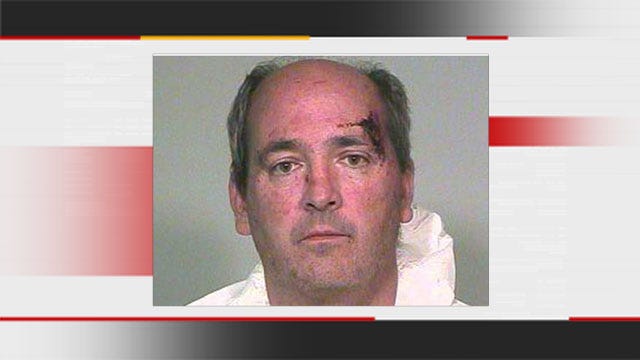 OKLAHOMA CITY -- The wife of an Oklahoma City doctor who stabbed his son to death is asking a judge to keep him locked in a mental institution.

Dr. Stephen Wolf killed his 9-year-old son, Tommy, in November 2009 because he believed his son "had the devil in him." A judge ruled in June Wolf was not guilty of first-degree murder by reason of insanity.

A psychologist recently recommended Wolf be released from Oklahoma Forensic Center in Vinita because he's not currently dangerous. The judge has scheduled a hearing on Aug. 9 on Wolf's possible release.

Wolf's wife, Mary, has filed for divorce. She wrote a letter to the judge pleading with him to keep her estranged husband in the mental facility. In her letter, Mary Wolf says she feels her husband has shown no remorse for the brutal attack. She says her husband killed their son and attacked her, leaving her with life-long injuries and trauma that will require continual care and treatment.

"I feel sorry for my husband and his family.  Even as a doctor, with a brother and a stepfather who are doctors, Steve did not get the medical help he needed that weekend.  This raises serious questions as to whether or not he should ever be allowed back into society."

Mrs. Wolf goes on to say her estranged husband has offered her no support since he killed their son, and she believes "his one goal was his own defense, and not, as head of our household, to try to tend to the shattered family and lives he left behind."