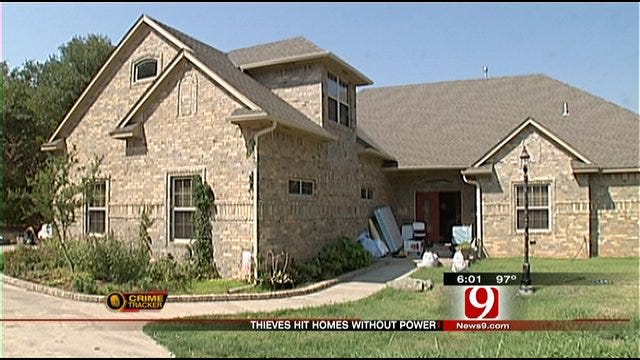 OKLAHOMA CITY -- Oklahoma City police confirm at least four homeowners who had to evacuate due to the wildfires, and who lost power to their homes, became the target of thieves.

David Storey says he and his wife could see the wildfires from their front door, and when they lost power, left to stay with family in Jones.

When they were finally able to come back, they discovered their home was still standing, but had been targeted by thieves. And so had their neighbors.

"We came home to find the door kicked in," said David. "They took the washer and dryer and somehow got it past police officers who had blocked the intersections into the neighborhood. I guess the officers thought they were homeowners evacuating."

To add insult to injury, the thieves did not bother to turn off the water. So once the power came back on, the Storey's home flooded. Now they are left cleaning up the mess.

Hear more from the homeowner and see the mess the thieves left behind tonight at 6pm.