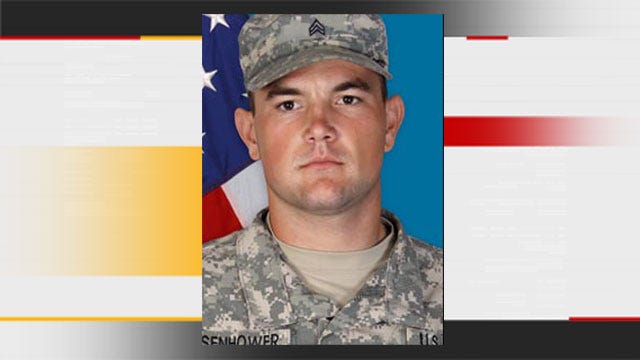 OKLAHOMA CITY – The body of a 26-year-old soldier who was killed in Afghanistan a week ago will return to Oklahoma on Saturday.

According to Oklahoma Army National Guard, the body of Sgt. Bret Isenhower will be flown in from Dover Air Force Base. His remains will arrive at 11:30 a.m. at the Will Rogers Air National Guard Base in Oklahoma City.

The funeral for Sgt. Isenhower will be held at Southern Hills Baptist Church, 8601 S. Pennsylvania Avenue in Oklahoma City on Monday at 10:00 a.m.

Sgt. Isenhower was one of the three soldiers who were killed when their unit was struck by small arms fire. He was a member of Company A, 1st Battalion, 279th Infantry headquartered in Tulsa, Oklahoma.