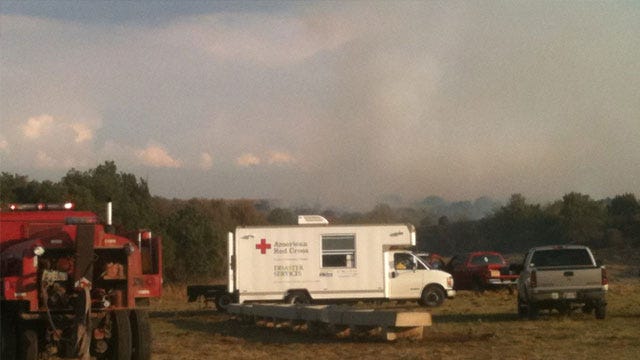 About 80 firefighters were fighting the blaze which was contained to the 10,000-plus acre Arcadia Land and Cattle Company.

Officials said the fire began about 1:30 p.m. on the ranch in the Arbuckle Mountains.

Access to the area was difficult.  The American Red Cross was on the scene to provide support to the firefighters and it's location was seven miles from the nearest paved road.