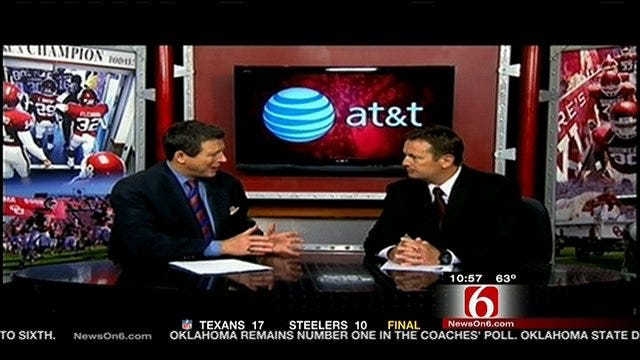 OU overcame a somewhat slow start after being caught off guard with an onside kick to begin the game, and led just 10-6 in the second quarter. But the Sooners scored 52 consecutive points after that to register an easy win.

"We had a very businesslike and workmanlike attitude to the week and how we came into the game, and that's what you want," Stoops said. "We don't have want to be a team that's up and down; we want to be consistent all the way through, and I thought our guys really did that."

The game against Ball State acted as little more than a tune-up before OU travels to Dallas to face Texas in the annual Red River Rivalry, and Stoops acknowledged that excitement for that game already is running high.

"Texas is a good football team, that's no surprise to anyone," Stoops said. "They always are and have talented guys. I know our guys are already anticipating it and are excited about it, but it's investing in the week and the preparation and the work on the field that gets yourself prepared to play a good game."

The OU defense will have to contend with two quarterbacks it has not seen before. The Longhorns benched returning starter Garrett Gilbert and instead have used a two-headed attack of David Ash and Case McCoy.

"I think it's more uncommon when a guy doesn't run the football," Stoops said. "You're aware of it and the plays that they like with each [quarterback], and then you practice those."

Stopping those quarterbacks, particularly the mobile Ash, will fall to the defensive line. Stoops said that unit has impressed him so far this year.

On the back end, safety/linebacker hybrid Tony Jefferson is coming off a game in which he recorded interceptions on three consecutive possessions and nearly had a fourth. Those three picks tied him for the most in one game in OU history.

"Tony's a really special player. He has a knack for finding the football and making big plays."