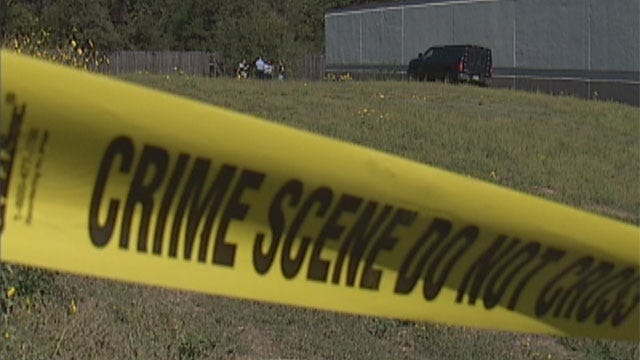 BETHANY, Oklahoma – The Oklahoma State Bureau of Investigation and Bethany Police Department are investigating after several people found a body stuffed in a duffel bag near a Homeland grocery store.

An animal rescue group was trapping feral cats in a wooded area near N.W. 23rd Street and N. Rockwell Avenue on Thursday, October 13.  That's when they discovered a body inside a duffel bag in a wooded area.

Police and OSBI agents believe the body has been there for three or four days.  They don't know yet how the person died.  They're also still trying to determine the person's identity.

The Bethany Police Department is asking for the public's help.

"We would like to encourage any persons that have seen any suspicious activity here around the Homeland grocery store in the last three to four days, especially any vehicles that might have been loitering after the time of darkness," said Bethany Police Chief Phil Cole.  "That would be very valuable information to our investigation."

Police say they're checking with other metro police departments for any missing persons cases that may be related.