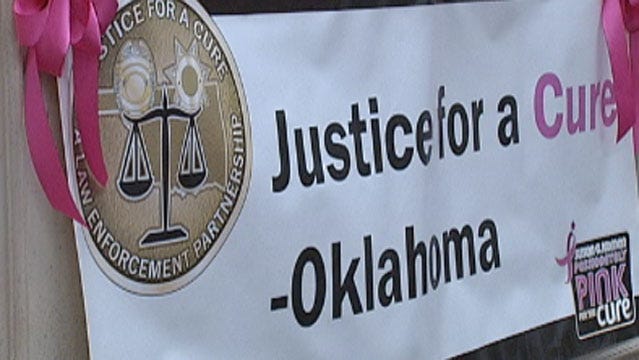 OKLAHOMA CITY -- Oklahoma City police are joining the fight against breast cancer through "Justice For a Cure."

A Wisconsin police officer and breast cancer survivor started the nationwide fundraising campaign. Oklahoma was the second state to join the fight.

"It just gives us one more way to give back to the community and show them we are aware there are other issues out there," said Cris Cunningham with the police department. "And we do want to be a bigger part of the community than just responding when you dial 911."

The Oklahoma City Police Department is taking donations throughout October. All proceeds will benefit the Susan G. Komen Foundation.