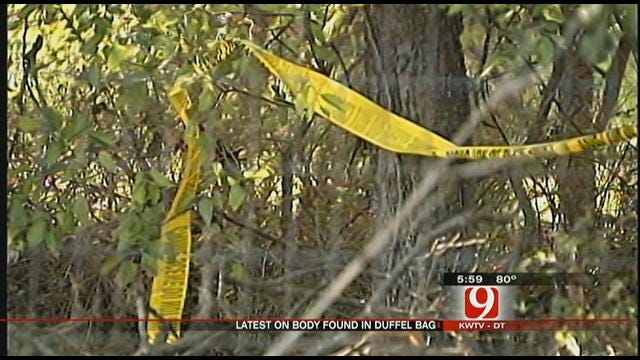 BETHANY, Oklahoma -- Police wrapped up day two of the investigation into human remains found in a duffel bag in Bethany.

Investigators said they believe the remains are of a woman in her early 20s, but the medical examiner has not identified the victim.

Police said they are processing the evidence collected in the field just west of the Homeland at N.W. 23rd and Rockwell.

Police said they have received several calls since asking for information from the public.

Investigators spent the day compiling a list of possible victims.

Police said the expect an identification of the body from the medical examiner's office by Monday.