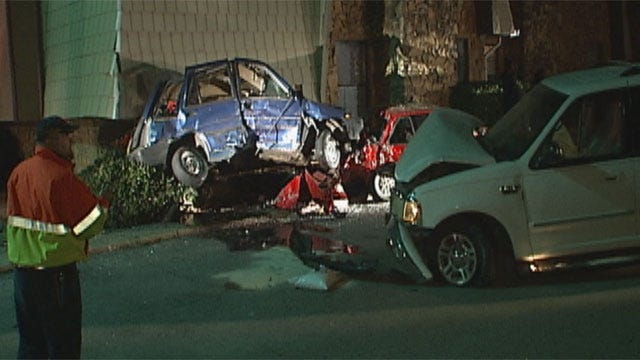 The crash happened around midnight at the Woods Apartments near N.W. 14th Street and Council Road. The collision caused major damage to all three cars and pushed the two parked vehicles up against the side of an apartment building.

Two women say they were just about to get in one of the damaged cars and go to the store.

The suspect was not hurt in the crash. He was arrested.