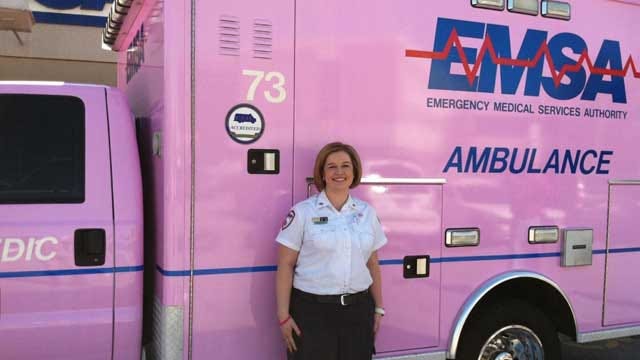 October is National Breast Cancer Awareness Month and EMSA is participating in the "Cares Enough to Wear Pink" campaign. The medical service already has pink police, fire and ambulance vehicles responding to emergency calls in Tulsa. It decided EMSA in Oklahoma also needed a splash of color.

"We were approached to add a pink ambulance in Tulsa to join forces with other first responders and we felt it was the right thing to do Oklahoma City as well," said Stephen Williamson, CEO of EMSA. "It just makes sense that we are part of this important national movement, being that we are health care professionals."

Unlike fire trucks or police cars, ambulances are not assigned to a specific crew, so more than 200 of EMSA's field medics will have the opportunity to drive the pink vehicle.