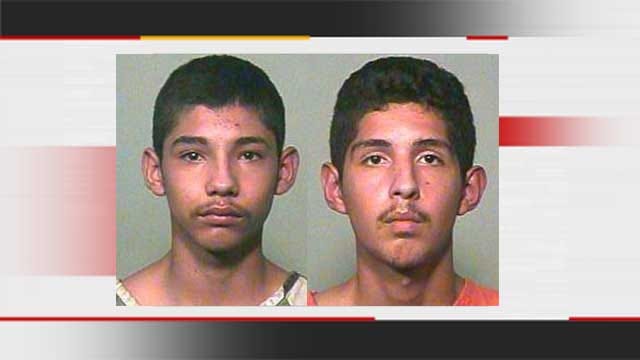 A judge sentences two Oklahoma City teenagers for their role in an ambush on Oklahoma City Police officer Katy Lawson. But not before issuing some harsh words.

Alex Mercado and Hector Escalante arrived to a courtroom packed with members from the Oklahoma City Police Department. The judge upheld a jury's recommendation of three years in prison for Mercado, and sentenced Escalante to the maximum of life in prison plus 10 years for shooting Lawson with an assault rifle.

The judge called Escalante smug, a coward and said he showed no remorse for what he did. Lawson says she's just thankful to be alive.

At sentencing, Lawson said she will never forget that day. She says she is not angry but said she couldn't understand Escalante's disregard for human life. She went on to say she won't harbor hate in her heart and said one day she will forgive. She's just thankful she is here and wanted him to know how it affected her life and her family.