BCS Rankings: OSU Moves Up One, OU Moves Down One 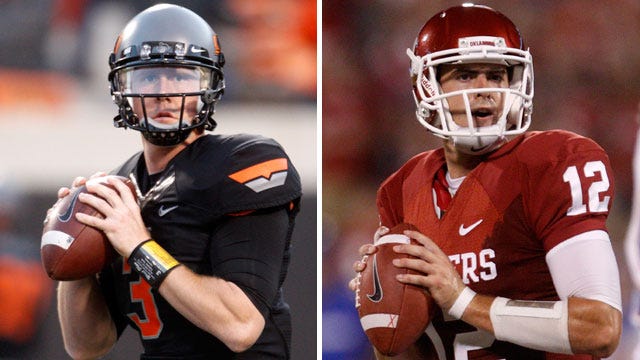 OKLAHOMA CITY -- The newest BCS Rankings are in the Oklahoma State Cowboys gained one spot, moving up to No. 3, while the Sooners slipped one back to No. 10, however OSU looks to be on the outside looking in for the National Championship picture.

Sitting at 10, it seems the only way for Oklahoma to claim a spot in a BCS bowl would be a win over Oklahoma State in Bedlam. The computers continue to love Big 12 teams, with the Sooners sitting at a .800 computer average, good enough for fifth in the nation.

BCS Rankings: OSU Moves Up One, OU Moves Down One