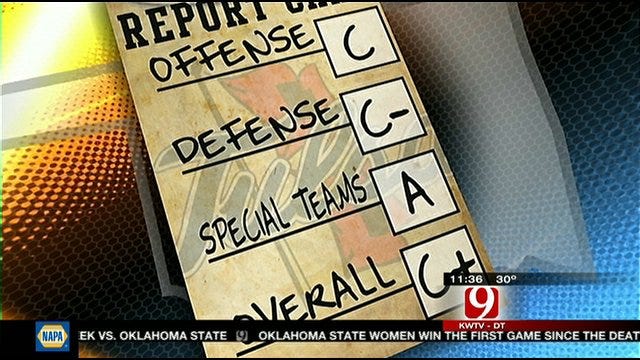 TULSA, Oklahoma -- Tulsa was the hot team in the Conference-USA, wining eight consecutive conference games heading into their matchup with the Houston Cougars. However, the Cougars went into Chapman Stadium and came out with a big win, so how is the effort graded?

The Golden Hurricane came out with 337 total yards, 176 passing and 161 rushing, while scoring just 16 points in the loss. Quarterback G.J. Kinne completed just 19 of his 38 attempts, passing for 176 yards and a score, while throwing two interceptions. Trey Watts rushed 16 times for 62 yards, averaging just 3.9 yards per carry.

Defensively, the Golden Hurricane struggled with the Cougars' passing game, like everyone else Houston has faced. The Cougars passed for 474 yards, while Keenum threw five scores in the win, bolstering his Heisman resume.

Tulsa now has to sit back and see how the C-USA Championship game finishes, to see where they'll be playing its bow game.