Pair Charged With Murder In Death Of Norman Man 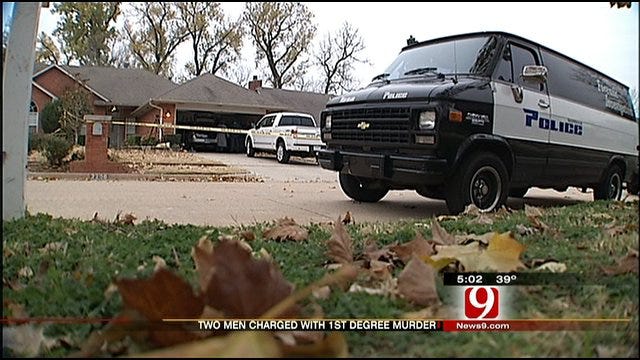 NORMAN, Oklahoma – The two men accused of a brutal murder in Norman were charged with first degree murder Friday morning in Cleveland County Court. According to probable cause affidavits filed by the district attorney's office, Brandon Reed and Billy Battenfield used multiple weapons to stab and beat the victim, Clair Owen Pollard, over the course of an hour which resulted in his death.

According to police, Pollard was found dead at his home on November 21st. Court documents also show Reed and Battenfield had several of Pollard's belongings at their homes when authorities executed search warrants. Both Battenfield and Reed were also caught on surveillance cameras using Pollard's personal credit cards.

"They were using the victim's credit cards at several locations," said Mashburn.

Battenfield has been convicted of murder three times in the past. Friday morning Mashburn said that fact is a major concern to him.

"It is hard to understand why someone would be out of a prison setting when he'd been convicted of three prior homicides," explained Mashburn.

He said nothing is off the table at this point as they seek justice for the victim and his family, "Live in prison, life without parole or the sentence of death."

Mashburn said he would make a decision about pursuing the death penalty after speaking with the victim's family.

Pair Charged With Murder In Death Of Norman Man