Cain To Stop In Oklahoma Despite Suspending Campaign 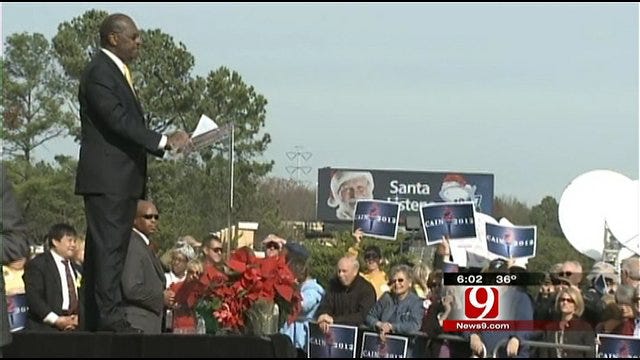 GOP Presidential hopeful Herman Cain says he will make a stop in Oklahoma, even though he suspended his campaign.

Organizers say Cain will be a part of a private republican fundraiser in Oklahoma City Monday night.

Cain suspended his presidential bid Saturday in Atlanta amid several accusations of sexual misconduct and an alleged extramarital affair.

He says the accusations stole the spotlight over his policies and hurt his family.

Cain's decision to suspend rather than end his campaign, allows him to continue to raise money and receive matching federal funds.

Cain To Stop In Oklahoma Despite Suspending Campaign