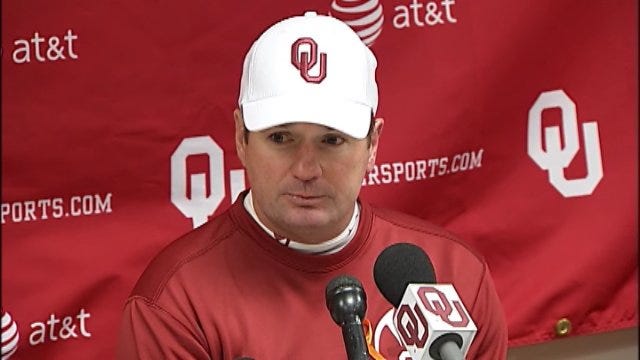 After the game Oklahoma coaches and players discussed their performance during the game and all agreed that the team failed to execute and now have to deal with the tough loss.

"Looking at us, I'm very disappointed in what we were able to do. The game, you look at it, it's 10-0, it's four or five minutes to go in the half, you've moved the ball, but every time we've approached the scoring zone offensively, we had a penalty bring it back, we had dropped passes on third down that stalls the drive and then we have two turnovers at the end of the half and early in the third quarter," said OU head coach Bob Stoops. "They took advantage of all that and won a game, obviously in a strong way for them."

"It was a bad game all around. We got beat everywhere. Special teams, offense and defense. We have to come out and play better than that," said sophomore fullback Trey Millard.

"We didn't help ourselves," said OU coach Jay Norvell. "When we started to gain some momentum we would turn it over. [It was] very disappointing in a game like this."

"I'm sure they're going to have some great opportunities from here. I don't know what will happen, but I know I'll vote LSU No. 1 and Oklahoma State No. 2," said Stoops.

Listen to what all the coaches and players had to say by scrolling through the video player above.