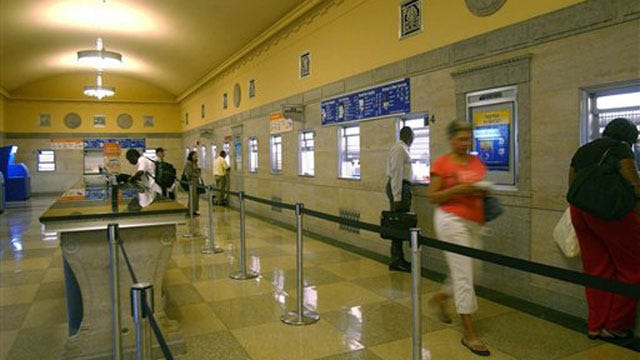 One of those centers is in Tulsa.

At a news briefing Monday, postal vice president David Williams said the agency wants to virtually eliminate the chance for stamped letters to arrive the next day to help avert possible bankruptcy next year.

The USPS is trying to trim $3 billion from their budget.

For the first time in 40 years, there will be no chance for next-day delivery. Right now, the agency says most customers get first-class letters one-to-three days after they are mailed.

CBS News reports that this could threaten the existence of newspapers and time sensitive magazines delivered by the postal service to rural communities. And we'll all have to plan ahead for making check payments.

All of this is set to start next spring, so you have some time to prepare.

One thing postal employees here in Tulsa are trying to prevent is consolidation. The USPS plans to close almost half of its nearly 500 mail processing centers across the country as early as March.

One of those centers, on 21st Street between Memorial and Mingo, could close. It employs 573 people.

Under the plan 400 of those employees would transfer to Oklahoma City; the rest would be laid off.

Williams says the postal service is not "writing off first class mail" but that it must respond to new market realities in which people are turning more to the Internet for email communications and bill payment.

After reaching a peak in 2006, first-class mail volume is now at 78 million. It is projected to drop by roughly half by 2020