Giving Back To Oklahomans Is Marine's Mission Oklahoma Marine's Mission Is To Give Back 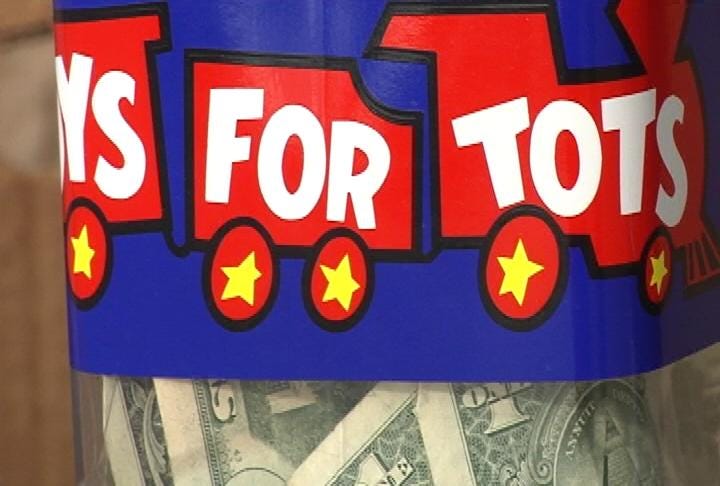 Children often grow up wanting to be professional athletes or movie stars, but not necessarily Marines.  One Oklahoma man was the exception, and he considers it his mission to give back.

"I grew up with Marine Corps posters in my bedroom," said Sgt. James Smith.  "And that's what I just always wanted to do."

Smith always looked up to the Marines.  His mother was a single parent who raised three children but relied on the Marines to help out during the holiday season.

"For Christmas every year the Marines actually helped us out," said Smith.  "That's where I got most of my gifts as a child."

Smith was inspired by the Corps.  He joined them as soon as he could.  Now he donates his extra time and effort to Toys for Tots, the same program that he benefited from as a youngster.

"Twenty years later this is now what I'm doing," said Smith.  "I couldn't be more happy you know, to help raise money and give back to children that grew up the way I did."

Toys for Tots will be collecting toys and donations through mid-December.  Soon after, the gifts will be handed out to deserving families.  Smith is involved with that effort as well.

"When you see the smile on their face, knowing' that I've been there, it's one of the best feelings I've ever had."

Giving Back To Oklahomans Is Marine's Mission