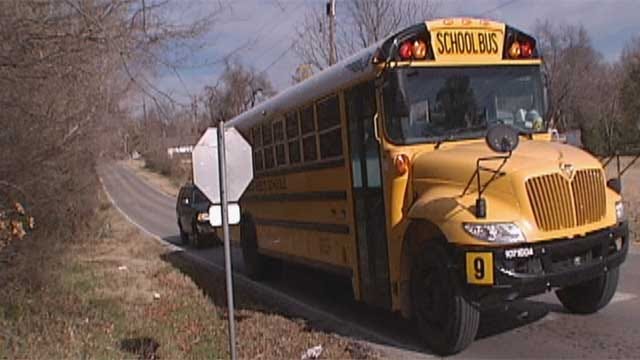 NOBLE, Oklahoma -- Some metro parents say bullying is a huge problem in their school district and not enough is being done to stop it.

Several parents in the Noble School district came forward- to News 9 by phone, email and interview in hopes to get something done.

Noble Public School officials told News 9 off-camera that it takes bullying very seriously, and you never hear the good news about the rest of its 3,000 kids in the district.

Even though the Noble School District said it takes bullying very seriously, they can't talk specifics on cases.

They do have extensive rules and regulations on bullying, but parents say the district is not following its own rules.

"Slammed into the seat, held down by his throat, while other kids were punching him," said Vallerie Willhoite, a mother of a Noble Public Schools student.

It's hard for any parent to talk about, but Willhoite is speaking out about what she says happened to her son on the school bus three months ago in Noble.

"My concern is not just the bullying but the way the school staff is handling the bullying," she said.

Willhoite said she reported it to officials and also police. She said she told her son to fight back after she didn't get anywhere with the district.

"It's not just my child," she said. "It's multiple kids in the Noble Public Schools."

Staff we talked to at school off camera say the best thing to do as a parent, is to report the incident and cooperate. But parents say they've tried that.

"Me and the parents are tired of getting the operator, the answering machine, and the run-around," Willhoite said. "So we felt like the only way we could get something done was by coming to you all. (media)"

We spoke to several parents who feel the bullying problems are out of control, including Heather Brister, who's 12-year-old son begs to stay home from Pioneer Middle School because he's afraid of bullies.

"He had been choked from behind and pushed into a basketball goal and I never got a call or anything," Heather Brister said.

He didn't want to talk about it, and his mom said she feels helpless.

"We don't have anywhere to go I guess," Brister said. "I've gone to the administration six times about my eldest, it's just never gotten better."

Vallerie met with the bus transportation director Thursday morning and is working with them on her son's specific case.

But she still wanted to get this story out there to hopefully help other families, so this doesn't happen to them.

Students were sent home with copies of the harassment, intimidation and bullying procedures and regulations according to the board's bullying documents.