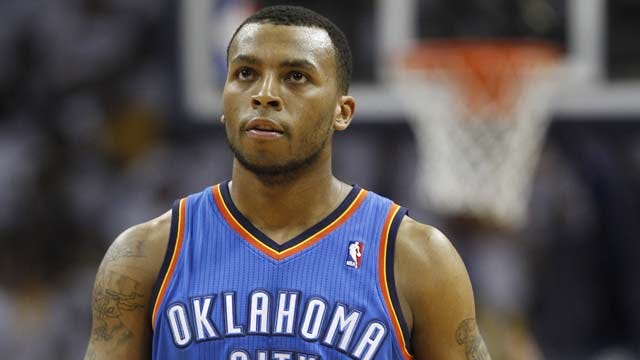 OKLAHOMA CITY -- The Oklahoma City Thunder reached an agreement to keep backup shooting guard Daequan Cook in Oklahoma City for at least the next two seasons.

The team and Cook agreed to a two-year, $7.5 mil deal Friday, according to Yahoo Sports.

Oklahoma City players and coaches officially returned to camp Friday to start the NBA Season, after the lockout cut into the first months of play.