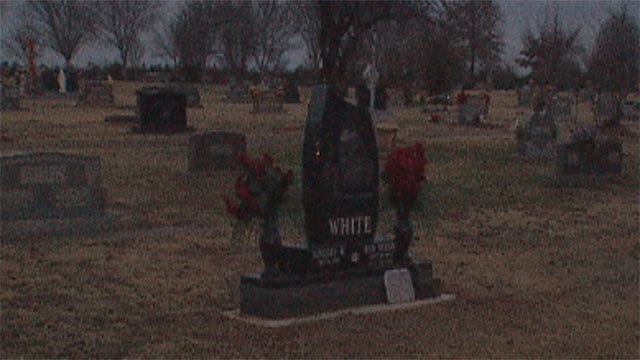 An Oklahoma City woman told News 9 she decorated her son's grave for Christmas and a Grinch stole decorations and trashed the grave.

Mary LeGrand used miniature trees, poinsettias, and even ornaments for decorations. Her 26-year-old son, Buddy White's suicide crushed her, and she said seeing the desecrated grave was like reliving a nightmare.

"When we pulled up on the grounds, everything was trashed. It was busted. Everything was gone. My angel was gone, my wreath was gone. All of our stuff was stolen and I said oh my God," LeGrand said.

Guthrie police are investigating this case. Meanwhile, LeGrand said she will continue to visit the grave two to three times a week to make sure no one bothers it.

No other graves were damaged.