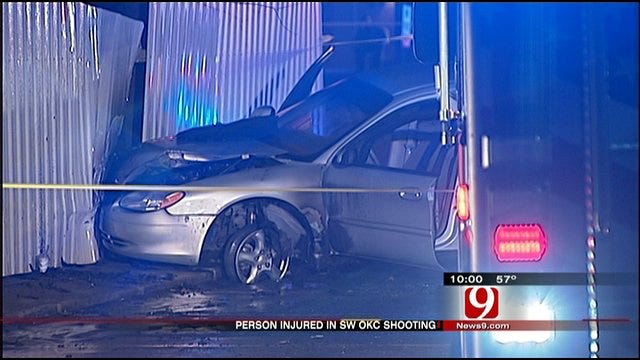 Oklahoma City police are investigating a bizarre shooting. It happened just before 7 p.m. Tuesday at the Chelino's Restaurant on Southwest 36th and Walker.

Police said a car crashed into a fence by the restaurant and a person in the car had been shot.

The car caught on fire after it crashed. The victim was taken to the hospital in serious condition.

Witnesses reported seeing a white Cadillac with a black bumper leaving the area after the shooting. Police aren't sure if the person or people in that car were witnesses, or may be involved.