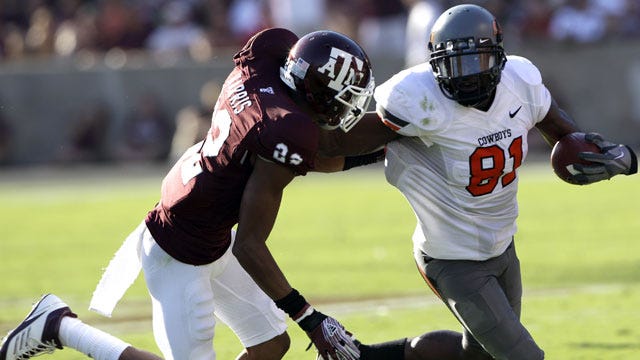 NEW YORK -- The awards continue to roll in for Oklahoma State receiver Justin Blackmon, as the junior was named a First-Team All-American by the Associated Press Wednesday. Blackmon has garnered several major postseason awards, including the Fred Biletnikoff Award, given to the nation's top receiver.

The junior receiver, who has already announced he will be leaving Oklahoma State early to enter the NFL Draft, is in the top 10 in all receiving categories with 113 receptions (2nd), 1,336 yards (7th) and 15 touchdowns (3rd).