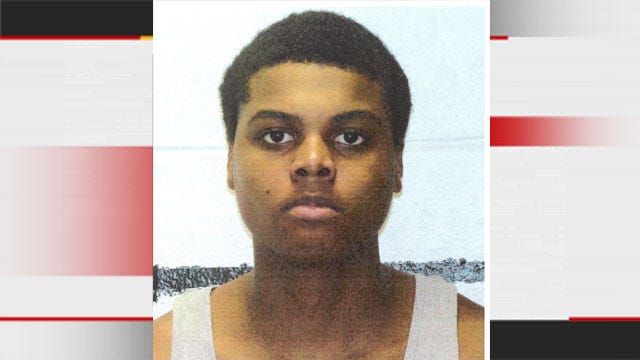 MUSKOGEE, Oklahoma -- A toddler is dead and police are looking for a suspect in a home invasion.

Police say they were called to the 1100 block of Indianapolis to investigate shots fired shortly before 7:30 p.m.

Police found a two-year-old who had been shot.  The child was transported to Muskogee Regional Medical Center where he was later pronounced dead.

Investigators are looking for 21-year-old Elbert Meeks, also known as Lee Meeks.  He is described as a black male, five-feet-nine inches to six-feet tall, weighing 165 to 180 pounds.

Anyone with information is asked to call the investigations office of the Muskogee Police Department at 918-680-3116.  Callers who wish to remain anonymous can call 918-682-COPS or provide information online at:   https://www.tipsubmit.com/WebTips.aspx?AgencyID=745