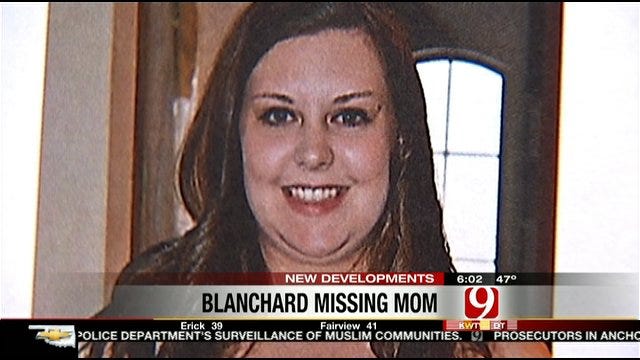 Family and friends will hold a candlelight vigil Friday night for a missing Blanchard woman who hasn't been seen or heard from for 20 days.

The vigil is set to take place at 7 p.m. at the McDonald's at S.E. 29th Street and Douglas Avenue, where Jaymie Adams was last seen.

News 9 talked with Adams' husband when he held a press conference, and he told us his wife is two-month pregnant.

"She deserves to be at home with her family," Jaymie Adams' husband, Justin Adams, said during a press conference shortly after his wife's disappearance.

But now, his attorney Irvin Box is telling News 9 she may have been up to something else. Box tells News 9 that Jaymie Adams was set to meet two to three men for sex the night she went missing. Box also tells News 9 she met those men on Craig's List.

"My client is not going to be accused unless there is factual information," Box said in a previous interview with News 9.