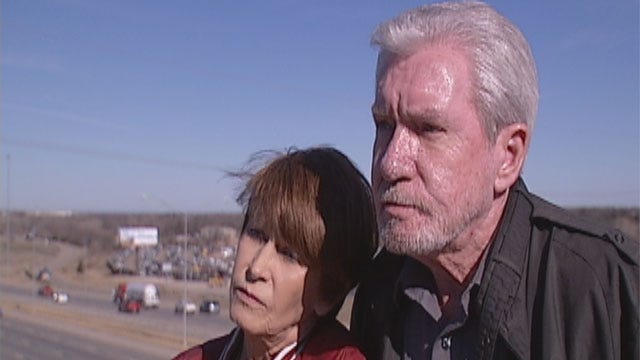 The Johnson family's daughter was killed nine years ago by a drunk driver. He ran a red light, smashing into her car, and instantly killed Crystal Payne, her unborn child and her husband. Her parents, Freddi and Greg, live through the tragedy every day and they have a stern warning to anyone who thinks drinking and driving is now a big deal.

"Not to drink and drive," said Greg Johnson. "Even one or two beers, that's too much."

Their daughter's killer was ordered to serve two 35 year sentences, but the Johnsons still battle with some difficult questions every day.

"I think the worst of it all is the ‘what ifs,'" said Crystal's mom Freddi. "The ‘could have beens.' Our grandchild. I was looking forward so much to being a grandma, you know, and that's all gone."

The Johnsons maintained that driving under the influence was a choice and those who do it must be held responsible.

Greg said he believed his daughter was murdered. "I call that premeditated. The state calls it socially acceptable murder."

In the nine year since their daughter was killed, the Johnsons have turned their anger into a simple message to people about drunk driving; that bad decision can change everything in an instant.

"Things can't be put back right. I would give heaven and earth. I would give everything I had to have five more minutes with her."

The Oklahoma County Sheriff's Office is also warning the public about drinking and driving.

Sgt. Jason Yingling said this time of year is when they typically see more drunk drivers on the road. He added that law enforcement will be out in full force, making sure anyone who chooses to drink and drive will be pulled over to keep everyone else on the roadways safe.