Christmas Tree May Be To Blame For OKC Daycare Fire 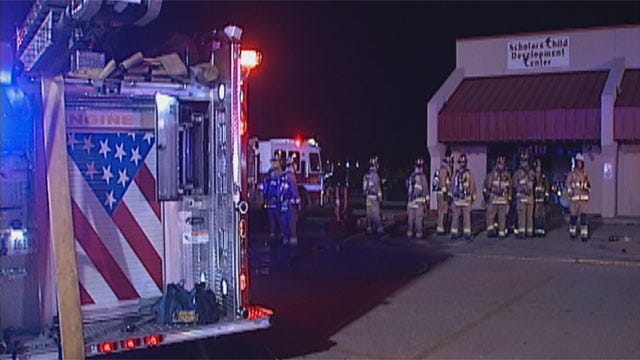 Someone reported seeing smoke near Northwest Expressway and MacArthur. When firefighters arrived, they found heavy smoke and flames shooting from the Scholar Child Development Center.

Firefighters quickly put out the fire, keeping it contained to the front of the daycare and preventing flames from spreading to neighboring businesses. Crews said the back of the daycare suffered smoke and water damage.

Firefighters said a Christmas tree may have started the fire. No one was hurt.

Christmas Tree May Be To Blame For OKC Daycare Fire