Northeast Boys And Girls Pick Up Wins Over Millwood 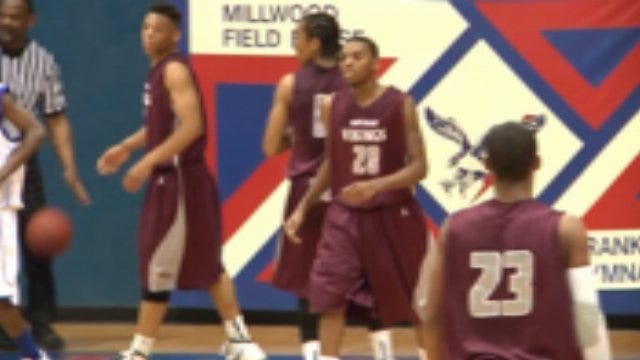 OKLAHOMA CITY – News 9 was at Millwood High School on Tuesday catch all the action as the Northeast Academy Vikings and Lady Vikings took on the Falcons and Lady Falcons.

In the girls' game, Northeast used a tough defensive quarter to pull away from the Lady Falcons 53-41 victory.

Northeast held Millwood to just six points in the third quarter while scoring 14 of its own in the quarter.

In the boys' action, Northeast held on for an exciting 50-42 overtime victory.

The score was tied at 42 heading into overtime before Millwood failed to score in the period.

All of the Vikings' eight overtime points came from the free throw line.

Millwood's Wayne Jackson led all scorers with 21 points, while Gabe Houston led the Vikings with 16.

Check out the videos above for highlights from the games.

Northeast Boys And Girls Pick Up Wins Over Millwood