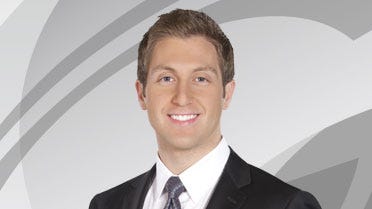 So far, January is proving to be an overachiever month. Since January 1st, the daily high temperature has been above normal 15 days. Seven of those days were as much as ten degrees above normal. Spoiled much? You bet. Will it last long? The answer is almost always no – extra emphasis on the word almost.

The reason behind our spring fling could be attributed to two climate phenomena: La Nina and the Arctic Oscillation. La Nina is characterized by unusually cold ocean temperatures that occur in the eastern Pacific equatorial Pacific. Currently, we are experiencing a weak, to moderate La Nina, which translates into a warmer, drier than normal winter season.

The other possible factor is the Arctic Oscillation (AO), which is a bit harder to comprehend. The atmospheric pressure at polar and middle latitudes can fluctuate between negative and positive phases. Positive fluctuations steer ocean storms farther north across Alaska and far northern Canada, keeping arctic air locked up within the Arctic Circle over the northern polar region. A negative oscillation allows all that arctic air to spill south across Canada, and into the Plains and Midwestern United States. Over the last two months, the Arctic Oscillation has been on average positive. This could be a big contributor to our warmer than normal winter so far. That being said, the AO is forecast to become negative over the next 14 days. As I'm writing this blog, arctic air (-43 degrees Fahrenheit at Dawson, Canada) is already on the move south and east into central Canada. The bulk of this Arctic air will pass well north of Oklahoma, oozing across the Northern Plains, Great Lakes and Northeast regions of the United States.

The building, dislodging, and southward plunge of Arctic air over the last two weeks could be a sign that we may experience more "up and down" days through March. The problem with forecasting the phases of the Arctic Oscillation is you never can quite tell where that arctic air is going to go, until it's already barreling down the tracks!