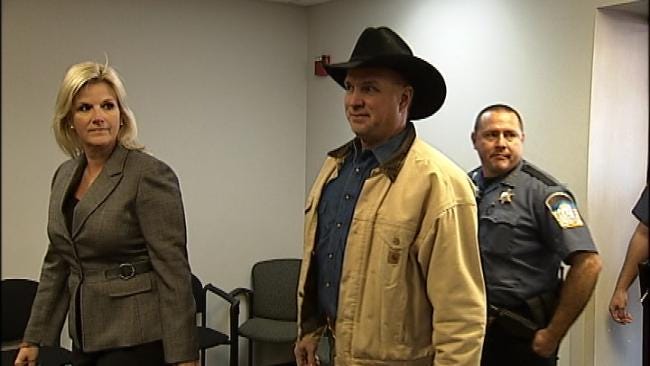 Garth Brooks is expected to take the stand in his lawsuit trial Wednesday against Integris Canadian Valley Regional Hospital.

Opening statements in a Rogers County courtroom from both Brooks' attorney and the Yukon hospital are done.

Garth Brooks' attorney told the jury the president of the hospital mislead Garth into believing his donation would result in his mother's name being placed on new women's cancer center at the hospital.

His attorney also said he didn't get it writing, saying it was a simple deal and he trusted they would keep their word.

His attorney says Garth Brooks was shocked and hurt when the hospital didn't keep its word.

The attorney for the hospital told the court, there was meetings and phone calls, but no deal was ever made.

The first witness to take the stand is James Moore, president of the hospital.

Brooks donated $500,000 in late 2005. Court documents say in September of 2008, Integris informed Brooks the donation would be used for what it had earmarked and no building was ever named for her.