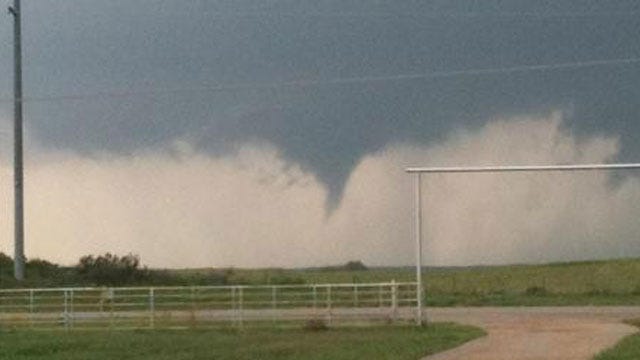 An estimated 5,000 to 8,000 people were in Little Sahara State Park in Waynoka Saturday afternoon for the snake hunt. Storms raged in the area, and News 9 StormTrackers spotted hail, along with several rotating wall clouds and funnel clouds near Woodward and Mooreland.

News 9 Chief Meteorologist Gary England said it appears a tornado formed in the area, but skirted around the park. Many people hunkered down in the park, but other snake hunters left the park and made it to the basement of the United Methodist Church.