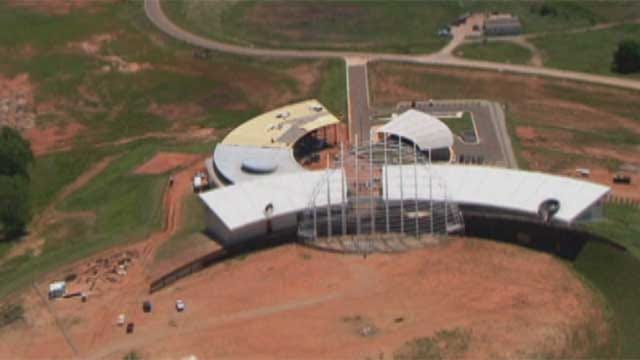 Two members of the Oklahoma Senate say there aren't enough votes to pass a bill that would authorize $40 million in bonds to finish the American Indian Cultural Center and Museum.

Republican Sens. Cliff Aldridge of Midwest City and Patrick Anderson of Enid said Thursday a total of 14 GOP senators have pledged to vote against the bill. Aldridge says 16 Democrats in the 48-member Senate have said they also will not support the bill as long as Republicans keep pushing for tax cuts. But Aldridge says Republicans are committed to tax cuts.