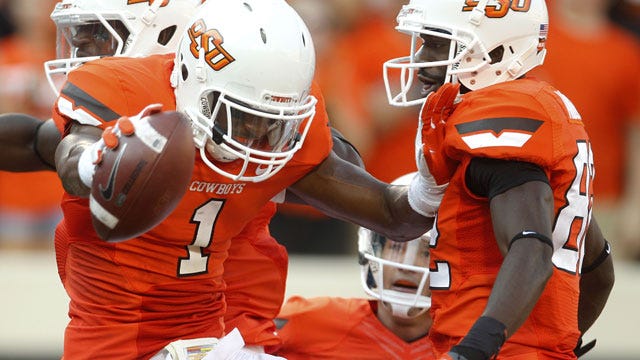 A potential meeting between Oklahoma State and Mississippi State has been in talks for months but now it appears there is substance behind the rumors.

ESPN's Brett McMurphy is reporting that the matchup has been confirmed for Aug. 31 in a neutral site game at Reliant Stadium in Houston.

Neutral-site games are becoming vogue in college football and Reliant Stadium is creating an annual Labor Day weekend event. Dallas and Atlanta already have these games, with LSU vs. TCU and Alabama vs. Georgia Tech already on the schedule for those cities next season, respectively.

Playing Mississippi State out of the Southeastern Conference is a strong boost to the Cowboys' nonconference schedule, which has Lamar and a road game at Texas – San Antonio on the schedule for 2013.