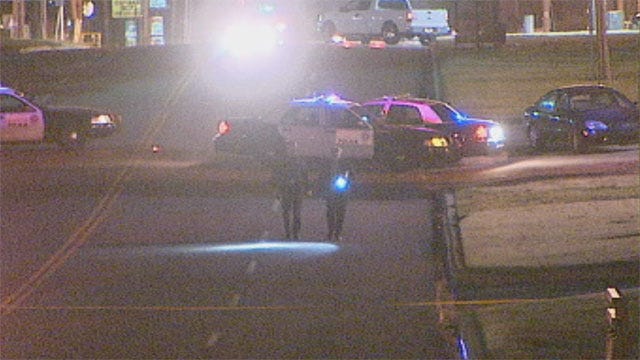 Oklahoma City Police have released the name of a man who died after being shot late Monday night in a parking lot near N.W. 26th Street and N. Meridian Avenue.

Residents in the area called 911 around 11:30 p.m. Monday after hearing several gunshots. According to police, one caller to 911 said she saw the victim walking across the parking lot at the Brittany Apartments before he collapsed.

Police arrived and found 21-year-old Cody Davis lying in the parking lot. He was taken to Presbyterian Hospital where he was pronounced dead.

A car with at least one bullet hole was found a few blocks away. Police are trying to figure out if it's connected to Davis' killing.

At last check, officers had very little information to go on, and no suspects were named or in custody. They also did not have a positive identity on the victim.

Anyone with information about the crime is asked to call the Homicide Tip Line at (405) 297-1200. Callers can remain anonymous and may be eligible for a cash reward.

A memorial fund has been set up under Davis' name at the Bank of Oklahoma.