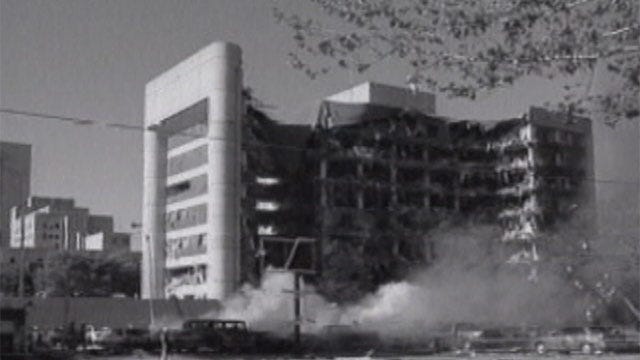 Seventeen years after the Oklahoma City bombing, victims say a charity set up to help them refuses to release much of the donated funds. Now they are asking Gov. Fallin to step in.

After the bombing, millions of dollars was donated to help the victims.  About $14 million dollars of that money went into a fund called the "Oklahoma City Disaster Relief Fund".

On April 19, 1995 P.J. Allen was in daycare at the Murrah Federal Building.  He was the youngest survivor of the bombing, but suffered severe burns to the inside of lungs. That has led to medical problems throughout his life.

His grandmother says numerous times she has gone to the fund for financial help, but has been repeatedly denied, most recently when it came time to have his tracheotomy removed.

"They refused, they refused to pay and they paid no money toward the trach coming out," Deloris Watson said.  "That was a direct result from the bombing."

That's despite the fact that the fund still has $10 million dollars in it.

"That, combined with stories throughout the years of denied access and really rude treatment, I was outraged," said Holly Sweet, a donor and friend of Watson.

So Watson, Sweet and several other victims drafted a letter to Gov. Fallin asking the fund be closed and distributed to the victims.

"We expected those funds to go immediately to victims to relieve their suffering. I just can't get my mind around the fact that those funds never made it to victims," said Sweet.

The fund's website says to date $11 million has been doled out and because of good investing $10 million still remains.

A spokesperson for the fund refused to go on camera, but issued a statement announcing plans of an independent audit.

It's a move victims say is at least a good start in getting answers they've wanted for years.

The Governor says since the OKC Community Foundation is a private entity, she had no control over it. But she applauds the call for an audit.

"I applaud the Oklahoma City Community Foundation for taking proactive steps to ensure the money raised to assist survivors of the Murrah Bombing is being spent and used appropriately," said Fallin in a statement.  "Over the years, I have worked with Gov. Keating and others to help survivors and to raise funds providing assistance for the medical and educational needs of families affected by the bombing. Like all Oklahomans, I want to guarantee these individuals are receiving proper assistance through the Murrah Disaster Relief Fund."

The following is the statement released by the Oklahoma City Community Foundation:

Keating and Norick were both in office in 1995 when the Murrah bombing occurred. The Disaster Relief Fund was established in 1995 as a result of an outpouring of financial support from across the country.

"Over the past 17 years the Oklahoma City Community Foundation has remained one of the primary resources for providing ongoing assistance with the medical and educational needs of victims and their families," said Keating.  "It is imperative that we assure the public that their donations have been managed and disbursed properly."

"Preserving public confidence and trust is critical to making sure that we have fulfilled our duty to take care of the Murrah bombing victims and their families," said Norick. "We never could have anticipated the ongoing needs that have emerged from that tragedy, and we are fortunate that, through the planning and sound management of the Fund, these unmet needs can be met."

The Oklahoma City Community Foundation will engage an independent auditor in Oklahoma City to conduct the audit with the consultation of Governor Keating and Mayor Norick.