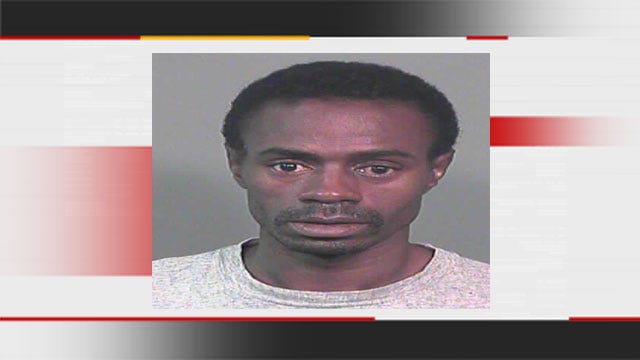 Police arrested a homeless man accused of hitting an off-duty officer on the head with a chair.

The off-duty officer was working Tuesday as a security guard at the Homeless Alliance Day Shelter at 1729 N.W. 3rd Street. He saw two men on the ground fighting, and one had his arm wrapped around the other's neck.

The officer pulled 51-year-old Kevin Dwayne Johnson out of the other man's grip. As the officer was holding the first man down, he said he suddenly saw a chair flying in his direction. The chair hit him on the forehead above his right eye.

The officer said Johnson threw the chair, and then immediately ran at him and the other man. The two homeless men began fighting again, but the officer was able to break them up.

The first man told police the fight began because Johnson became angry because he coughed and didn't cover his mouth.

Johnson was arrested and booked into the Oklahoma County jail for assault and battery on a city official. The officer was not seriously hurt.