Man Killed After Crashing SUV Inside Building In NW OKC 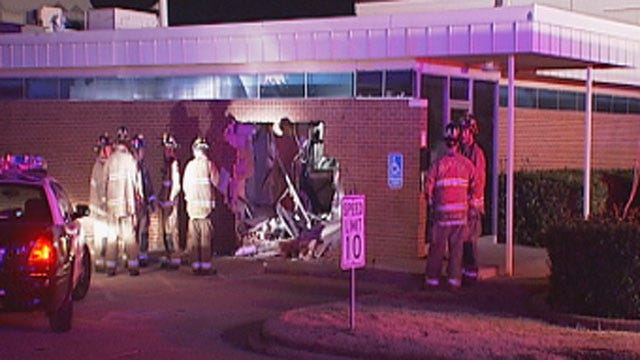 It happened just before 3 a.m. at N.W. 36th Street and Tulsa Avenue in Oklahoma City. According to police, a man, later identified as 25-year-old Chris Bedwell, died after he crashed an SUV into a building.

Officers say there was trauma to the Bedwell's body, but aren't sure if he got those injuries before or after the crash.

No word yet on what caused Bedwell to leave the road. The crash is still under investigation.

Man Killed After Crashing SUV Inside Building In NW OKC