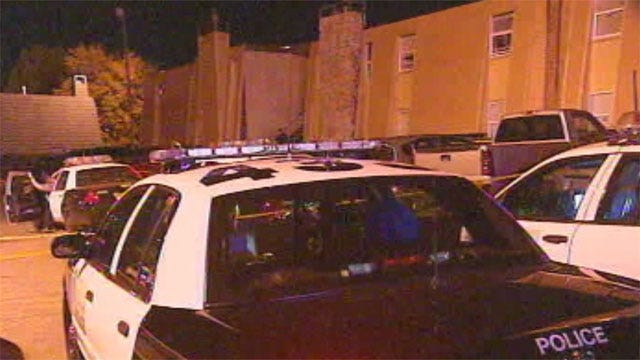 Oklahoma City Police are trying to determine who shot a man to death early Monday morning at the Ridgeview Apartments on Wilshire near Rockwell.

The shooting happened just after 2:30 a.m. When police arrived, they found two shooting victims. One man was already dead and lying in a breezeway. The second victim was rushed to the hospital and is now listed in fair condition.

Police have not made any arrests, but they also say they are not looking for any outstanding suspects. Police did take several people into custody and are questioning them to figure out what roles they may have played in the crime.

Police say the shooting may have started as a robbery. The names of the victims have not been released.