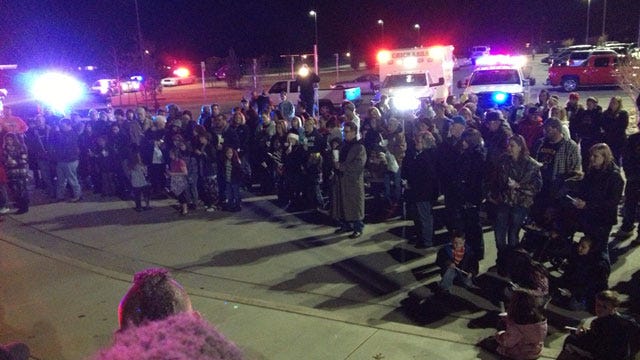 Residents in Chickasha hosted a candlelight vigil Tuesday night to honor those who lost their lives in the Connecticut school shooting last Friday.

On Friday, December 14, a gunman opened fire at the Sandy Hook Elementary School in Connecticut, killing 26 people, including 20 children. All of the children were either 6 or 7 years old, according to police.

Members of the Chickasha Police Department, Fire Department, as well as the school district hosted a candlelight vigil at 2301 S. 16th Street in Chickasha Tuesday night to honor those victims.

This is just one of several similar events across our state.