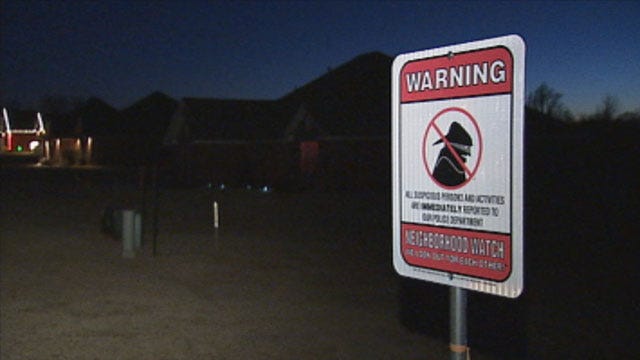 A string of garage burglaries had homeowners on edge Saturday after suspects hit at least half-a-dozen homes in the area.

The Sullivans were actually home Friday watching the Cotton Bowl when the suspect or suspects went into their garage and stole their son's $1,500 dirt bike.

"You have to be pretty brave to go into somebody's open garage, close to the door, and just steal stuff," said Allison Sullivan. "Once we called the police here in Newcastle, they said that actually several homes were hit [Friday] night. By the time they had reached us they had already been to five or six houses."

The Sullivans live in a quiet Newcastle neighborhood away from the main drag. They never expected thieves would target their house, especially when they were home. The incident shook up the mom, who said she hopes the crooks don't come back.

"To me, that's what's most concerning.  I mean, yes, it's unfortunate that we lost his dirt bike but it's, somebody was in our space. Somebody was in our home. Somebody didn't care that we were just feet away and came into our garage and poked around and to me that's the worst part of it."

Saturday, the family kept an eye out for any suspicious activity throughout their neighborhood. They said they would install a surveillance system on their house and make sure the garage door was closed, even when they were home.