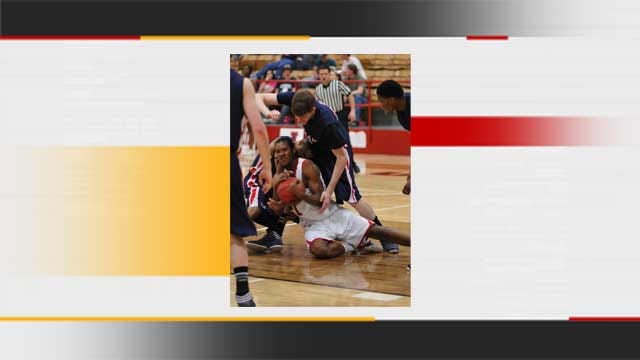 Even though Tavien Rosemond tipped the ball to the Aggies in the opening, the Jets quickly took control of the game, holding OPSU to only 19.2 percent inside shooting and 11.1 percent beyond the arc in the first half of play.

The Jets were ahead at the half 29-15. In the second period, the Aggies continued to fight hard, but only came within 9 points of the lead and left the court with a 70-48 loss.

16 followed by Ryan McCarthy with 15. Damar Hill and T. J. Farrell led the Aggies with 12 each while Rosemond scored eight matched by eight rebounds.

The Aggies face another tough opponent, the University of Arkansas-Ft. Smith Lions (9-6, 5-0 HC), on Saturday in Goodwell. The twin bill matinee begins at 2 p.m. when the Aggie women take on the Lady Lions and the men's game follows. Game sponsors include Bank of the Panhandle and Modern Woodmen.