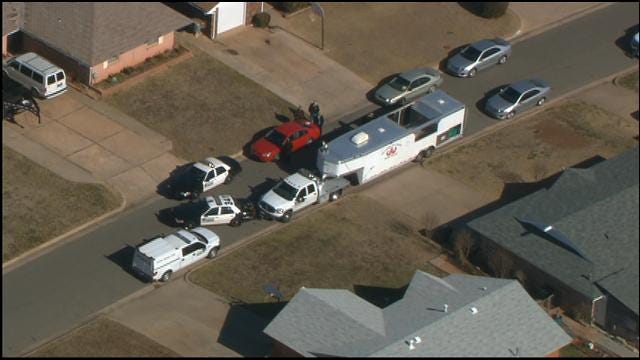 The home, located in the 2800 block of S.W. 79th Street, belongs to a man who was arrested in November for running a meth lab out of the house, and possessing explosives. When the bomb squad originally went to the home in November 2012, they had to detonate a device and remove dangerous chemicals.

Investigators say they recently received additional information regarding possible evidence or contraband that still remained at the home. The bomb squad returned to the house at about 9:30 a.m. Tuesday to search for additional evidence.

The two houses next door to the suspicious house were evacuated while the bomb squad investigated the scene. No one was hurt.

The Bomb Squad cleared the property of potential explosive materials, and turned the scene over to investigators at about 3 p.m. Tuesday. Residents are then allowed to go back to their homes.

One Bomb Technician will remain on scene as investigators continue their search for evidence.