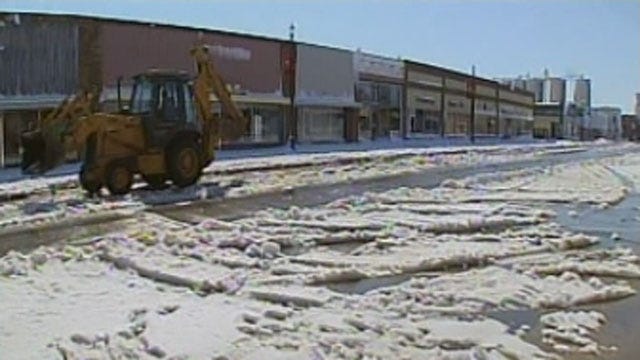 People in Watonga no longer have to fear staying in the dark without power again.

Power was restored in the town Tuesday afternoon, but crews are still working on downed lines just outside of Watonga.

"It's been really tough," said Scott Walker, who is using his fireplace for heat and to cook.

"Build a fire in the fireplace and snuggle down," said Frank White, who lives just outside Watonga and still doesn't have power.

The Blaine County Sheriff Office says drivers that get stuck on the roads will be put on a waiting list to get towed out.

Fortunately, major roads in and out of Watonga have been cleared.