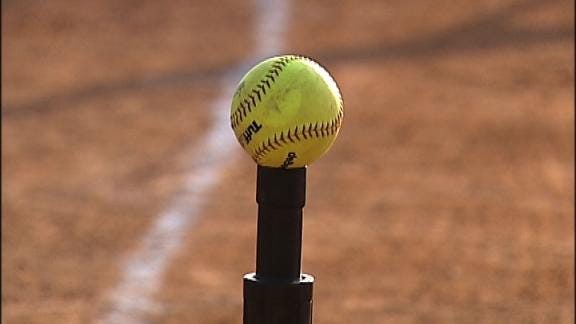 The Oklahoma State softball team extended its winning streak to 12 games Sunday morning when the Cowgirls defeated LIU Brooklyn 6-0 in the final day of the USF Spring Invitational. OSU improves to 19-12 and won all five games in Florida.

The Cowgirls jumped on the board first in bottom of the second inning when senior Samantha Chrisman scored when senior Stephanie Brewer reached first base on an error by the shortstop. A few batters later, Brewer and senior Amy Graham scored when senior Tamara Brown singled down the left field line to give OSU a 3-0 lead.

The Cowgirls would take a 6-0 lead in the bottom of the sixth inning when sophomore Gessenia DeLaCruz singled, scoring Graham from third. DeLaCruz would then score on a wild pitch and a few batters later Brown would score on a Tarah Ettinger single to centerfield.

Overall, the Cowgirls racked up eight hits. Graham went 2-for-3 with two runs while Ettinger was 2-for-4 with an RBI. Brown, Brewer, DeLaCruz and sophomore Shelby Davis had one hit each.

Senior Kat Espinosa (10-6) started in the circle and picked up the win for the Cowgirls. She allowed just two hits in four innings of scoreless work. Junior Simone Freeman came on in relief in the fifth inning and pitched three innings, allowing one hit while striking out four.

OSU returns to action on Wednesday, March 20, as the Cowgirls host North Texas at 6 p.m. at the Cowgirl Softball Complex.

No. 1 Oklahoma wrapped up its time at the Judi Garman Classic in Fullerton, Calif. with a pair of wins on Sunday.

The Sooners used a six-run first inning and dominant pitching to coast to an 8-0, five-inning win over Penn State in the first game.

Senior pitcher Michelle Gascoigne kept up the team's season-long pitching prowess as she threw her sixth shutout of the year. The Benicia, Calif., native struck out 11 for her third straight double-digit strikeout performance and seventh of the season.

Gascoigne allowed a lone single in the first inning before retiring 12 consecutive batters, including seven straight strikeouts over the first, second and third innings.

A walk to senior Keilani Ricketts loaded the bases back up and junior Brittany Williams doubled off the wall in left field to score two more runs. That was followed by a two-run single by junior Javen Henson, pushing the Sooners' lead to 5-0.

Later in the frame, with Henson on second and senior Brianna Turang on first, Chamberlain hit a hard single to center field to score the Sooners' sixth run.

In the second, Oklahoma scored two more runs to put the run rule into effect.

Shults led off the inning with her fourth home run of the season, a solo shot to center field. The blast also extended her school and Big 12 record to 58 career homers.

Ricketts followed with a walk before freshman Paris Townsend came on to pinch run. Williams then laced her second double of the game to left center to push Townsend to third base. With two in scoring position, Henson grounded out to short, but that allowed Townsend to score the game's final run.

Keilani Ricketts threw her 11th shutout of the season, and fourth in a row, in the win. She struck out 10 batters and allowed just two hits as her record improved to 14-0.

Jessica Shults hit a 2-run home run in the 1st inning for the Sooners. In the second, Lauren Chamberlain hit a 3-run HR which was followed by a solo shot from Georgia Casey.

The Sooners are off this week before taking on No. 11 Louisville in a weekend series in Norman this weekend.

Tulsa scored all of its nine runs in two innings, including a seven-run explosion in the top of the fourth, to complete its Conference USA series sweep at Memphis with a 9-2 victory Sunday afternoon at Tigers Softball Complex.

Lacey Middlebrooks (9-2) struck out nine batters, and allowed no earned runs and just four hits in 6.0 innings. Shortstop Samantha Cobb homered for the fourth time this season and drove in four runs for the Golden Hurricane, which improved to 23-5 overall and 6-0 in C-USA play.

Aimee Creger entered the game in relief of Middlebrooks in the seventh inning. She struck out two batters in the frame to become Tulsa's all-time strikeouts leader. She has 565 strikeouts in her two-and-a-half seasons, surpassing the 564 career strikeouts by Jackie Lawrence from 2007-10.

Tulsa got on the scoreboard with two runs in the third inning on Cobb's two-out, two-run home run to center field. Center fielder Caitlin Everett, who reached on a one-out error, scored on the homer.

Third baseman Jill Barrett then hit a two-out single down the left field line, scoring Horner, and Cobb tripled, clearing the bases to make the score 7-0. Cobb scored on a double by Middlebrooks, and catcher Cassidy Bowen, who led off the inning, and Kernen came back up with a single and a walk to load the bases. Blanton, who finished 3-for-4 in the game, drove home Cobb for the final run with a base hit to left field.

Including the third-inning home run by Cobb, six of the nine runs scored by the Hurricane Sunday came with two out in the inning.

Middlebrooks retired 10 of the first 11 batters she faced, allowing only a first-inning double. The Tigers (11-17, 3-3 C-USA) scored both of their runs in the fourth inning, on a pair of RBI singles by second baseman Kelly Braman and first baseman Libby Goranson.

After Goranson's run-scoring single, Middlebrooks retired six of the final seven batters she faced, allowing only a baserunner on an error. Creger entered in the seventh, striking out two batters, giving up one walk, and inducing a grounder to the circle to end the ballgame.

The Golden Hurricane returns to action next weekend when it plays a non-conference tournament at the UNLV Rebel Classic in Las Vegas, Nev. TU begins with a contest against host UNLV at 6 p.m. Friday.